It’s that time in the semester again. The one we’ve dreaded for sixteen weeks- finals. The work-load amount has surged upward and you’re looking at a blank screen hoping your twelve-page paper will write itself. Well, it won’t.

During my time in the Writing Center, I have noticed another surge upward in the use of the words “very” or “really.” I am here to let you know that they are filler words! Perhaps, Mark Twain said it best: “Substitute ‘damn’ every time you’re inclined to write ‘very;’ your editor will delete it and the writing will be just as it should be.”  Mind, this quote was meant for sending your work out to an editor but the idea is the same.

The words “very” or “really” (or any sort of intensifier) are just a way of increasing the value of a word without adding anything else that is descriptive. You’re using two words when one would suffice.  For example, “he was very loud,” yet you can try “deafening” or “thunderous” (i.e. he was deafening). Another example is “she was really cold,” you could try using freezing (i.e. she was freezing). Not only do they roughly mean the same, but they are more descriptive. If you prefer not to change the word, then leave it without the very. I promise your writing is stronger without it.

Need help replacing “very” or “really?” Here’s a quick handy chart made by Amanda Patterson from writerswrite.co.za blog, which is a fantastic blog (seriously it’s great), for a few suggestions. A thesaurus always works too! 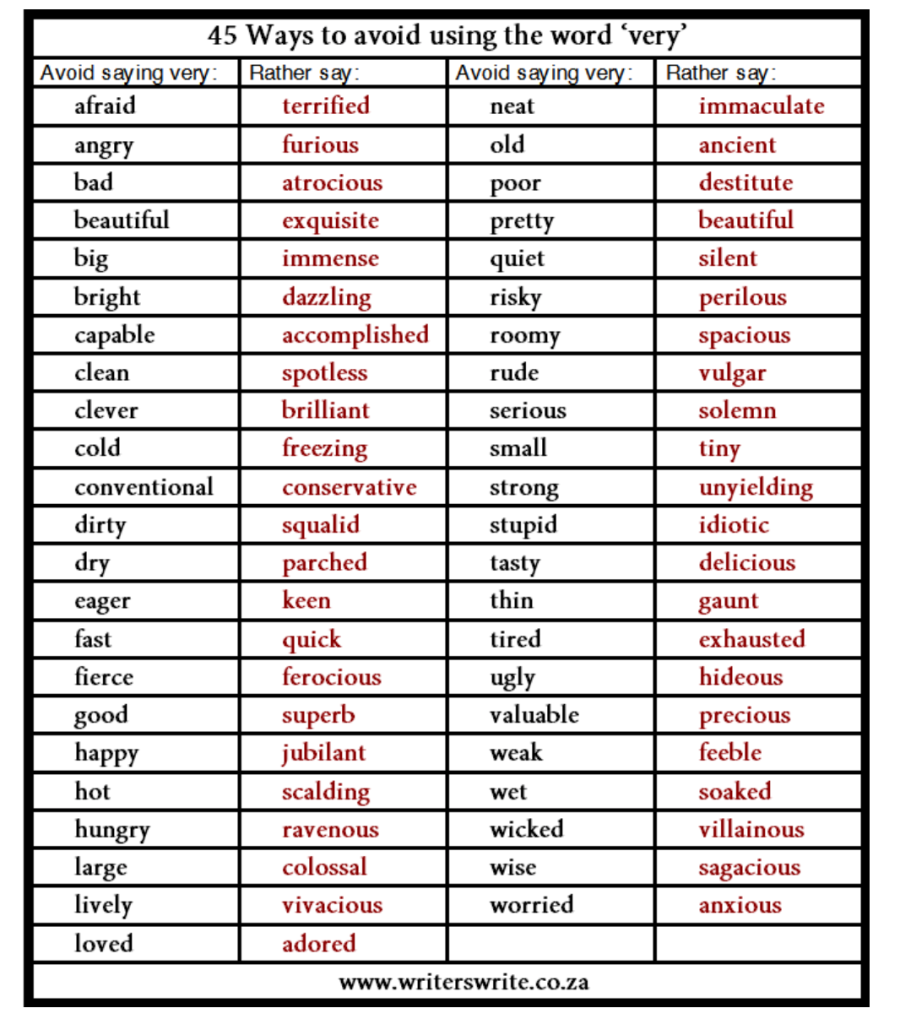 So avoid using the word ‘very’ because it’s lazy. A man is not very tired, he is exhausted. Don’t use very sad, use morose. Language was invented for one reason, boys – to woo women – and, in that endeavor, laziness will not do. It also won’t do in your essays. ~N.H. Kleinbaum